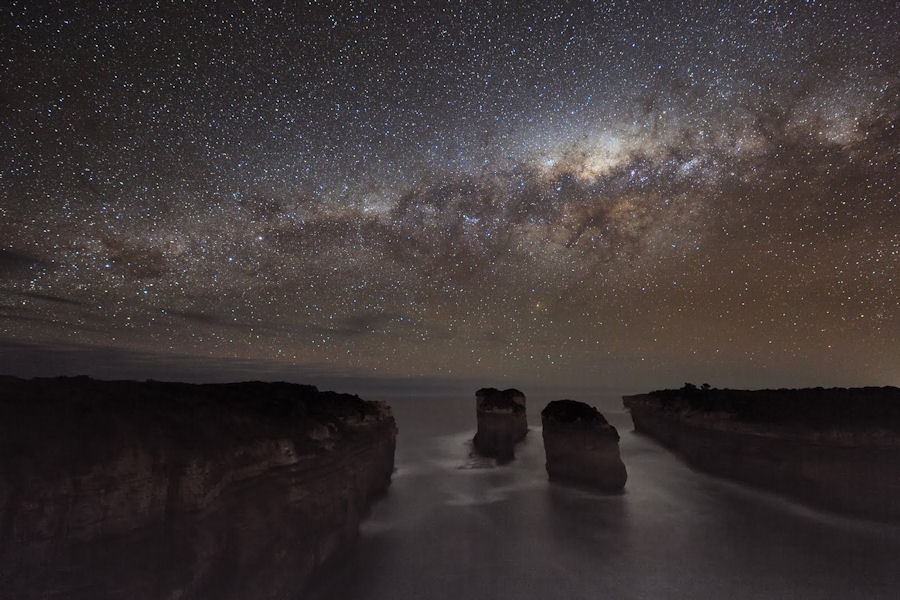 Have we found the sail for the sea above our own?

I’m reporting an excerpt from the description of PNN prototype Fert242 written by Emidio Laureti. The post is long but I kindly invite you to take your time and read it until the end, because it describes the physical behavior of PNN like something that has never been observed before!

The PNN prototype F242 is ready to be demonstrated on ballistic pendulum. 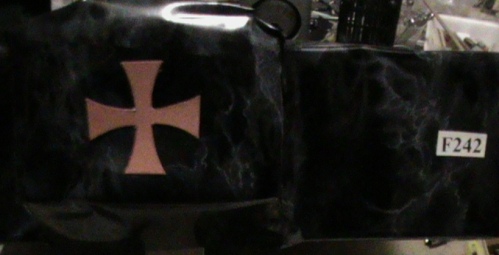 Fig.1: The only available picture of Fert242, enclosed in an E.M shielding

What we need now is an adequate financier who can converge into a society  (Ltd. I guess) with the common goal of patenting and selling PNN, and to make brutal competition against both EmDrive and ion propulsion. As I’ve already said in the past everything can be improved by a factor of 1000 (if not more) with suitable building materials, but for our common interest and for a leap forward in astronautics, for the conquest of outer space and for having at least permanent outposts on our Moon and Mars, it’s necessary that hundreds of persons begin to study in parallel the way of improving F242 performance and that they put in it all the required economic resources.

Progress has been fast during the last six months especially about the realization of a ballistic pendulum suitable for PNN, which I think it doesn’t exist anywhere on this planet.

Real EmDrive thrust appears to be 20 micro Newton, or 2 milligrams, value given to me by a person who works for an ion thrusters manufacturing company [the informer asked to remain anonymous in Small Rumor, big news! post. E.n] and has fresh news about EmDrive. Last year we were at about 60 milligram of thrust (600 micro Newton), thus above EmDrive thrust parameters and in competition with low and prolonged thrusts of ion propulsion.

In January I managed to improve F242 thrust up to 190 milligrams (1900 micro Newton)  by adding all the prototype thruster units together and by keeping low the energy consumption (about 150-250W) to avoid thermal issues to the prototype and contextually to power suppliers.

[Due to SWR and irradiation issues. The electromagnetic field generated  by a working PNN engine is extremely powerful: Laureti reported that it increases the brightness of detector lasers that are too close to the engine up to the point they burn off, it lights up nearby neon lamps, destroyed a valuable E.M field detector and it even set on fire a special semi-transparent fabric used as a shield for e.m radiations to protect other prototypes.]

Now it’s important to point out the big difference between Newtonian-type thrusts and what is visible when F242 is operating on the new kind of ballistic pendulum.

The 190 mg thrust has been measured by grounding a portion of the prototype, which means that the system, by being practically grounded with Earth, behaves like a Newtonian system and the force type is F=ma; important thing: inertial law is Newtonian.

Things become different when F242 is on the ballistic pendulum in complete violation of action/reaction principle. Here I tried to give an hypothetical answer at mathematical level [English here on Neo Leges Motus]. Now, I’m not saying that F242 inertia is exponential, but only that it’s different from Newtonian one.

What I’m saying then?

That the inertia law for a system that violates action/reaction principle is not equal to the Newtonian one and once surpassed a defined grounded-thrust value it is also visible on ballistic pendulum. I’ll make a very simple example: if a rocket, engines turned off, moves with uniform linear motion, a PNN system, engines turned off, moves with uniformly accelerated motion. This effect is much more visibile on the new ballistic pendulum than on previous pendulums that weren’t as efficient as the actual one. I’ve already observed this phenomenon years before with long pendulums (4.5 meters) at Calmagorod [ASPS testing facility] but they were less perfect than the actual one. After a certain amount of time the PNN system acquires a form of propulsive energy (which is not kinetic energy alone) which is slowly dissipated by contact with air, with pendulum structure itself, with the pendulum base grounded with Earth and with the coaxial linking cables.

Practically, as immediately evident macroscopic effect,  on the ballistic pendulum the prototype remains tilted for a certain amount of time after the electrical power supply is turned off.

You’ll think (as I did for years, after all) it’s incredible but now it seems experimentally true. However I refer to the only definitive solution for what it seems impossible to who works with Newtonian mechanics: as I’ve been saying for a long time now, the final and resolving test is in space at geostationary orbit.

On ballistic pendulum the reference index lit by the laser moves very slowly at first but, at the same amount of supplied energy, it gains more and more thrust until it goes out of scale in about 1-2 minutes. Once the power supply is turned off, the index moves back to zero in a lot more time. For the moment I ignore altogether the PNN thrust energy dissipation procedure, as I haven’t got time and skills to invent a suitable electromechanical instrumentation to quantify this effect.

[Movement tests are made by using a laser as reference index, and then by turning the thruster on to measure the shift from the index. You can see it in the picture below, an old prototype shown to first financier Marconi Dynamics in 2005] 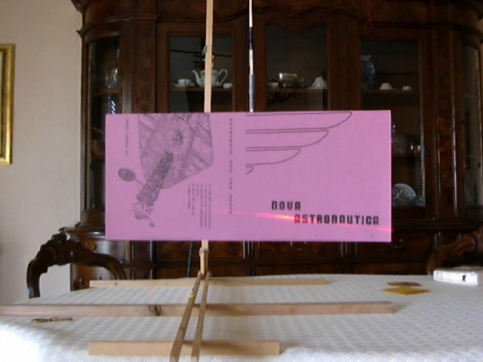 I repeat that it can sound crazy an inertia law that is a uniformly accelerated motion instead of a uniform linear motion at null power supply. However accelerated inertia seems to be not only a PNN characteristic but there are also recent and specific data which suggest that universe itself is accelerating.

“the universe appears to be expanding at an increasing rate […] the velocity at which a distant galaxy is receding from the observer is continuously increasing with time. In 1998 two independent projects, the Supernova Cosmology Project and the High-Z Supernova Search Team simultaneously obtained results suggesting a totally unexpected acceleration in the expansion of the universe by using distant type Ia supernovae as standard candles.

In the classic model of General Relativity it was expected, if anything, after the initial effect of Big Bang,a deceleration of the expansion by effect of gravity, so the accelerated expansion has been surprising for the majority of physicists.”

As I said I observed this effect in 2012 at Calmagorod, but back then I hadn’t got neither a ballistic pendulum nor a suitable prototype capable to provide a clear and incontrovertible output signal like the one I measured on the new ballistic pendulum. I remember I was very happy when I descended down from Calmagorod on my road back to Rome.

Why is this kind of inertia almost more important than the thrust obtained from Newton’s Third violation? Because PNN dynamics implies that the mass under PNN thrust must decrease when speed increases in order to preserve the energy of the movable object. PNN dynamics is the  exact opposite of relativistic mental and experimental arthrosis (mass increases when speed increases) that set light speed as an insurmountable limit. PNN physics allows FTL flight and remove the  temporal inaccessibility limit (referring to human lifespan) for solar systems outside our own.  It’s not important if historical opponents to PNN don’t believe this.. it’s enough that someone begins to doubt and true financiers come at ASPS Calmagorod together with their technical teams to attend our PNN tests with F242.

Interstellar flight can be faced only by changing the law of inertia.

Modern astronautics is still bound to outdated Newtonian propulsion reaction engines, thus it creates giant quirky obelisks to celebrate its shortsightedness. I’m certain that today many scientists won’t want to look at F242 PNN (as they didn’t in 2001, after all) just like some centuries ago they didn’t want to look inside a certain spyglass the mountains on the Moon.

My final consideration is that eventually EmDrive will get to the same results one day, but it’s likely to be a decade away (if never) because physicists are still bound to those Newtonian laws that are unsuitable to describe the phenomenon of electromagnetic propulsion and rather than change their mindsets they prefer to invent phenomenons like “quantum virtual plasma recoils” to explain it.

On the other hand, ASPS PNN is by now ready for a commercial exploitation.

The more suspicious among the readers might think: “Aha! Here they are! Now they’re going to ask me money for their scam! I knew it!”, but first please let me clarify this before drawing your legit conclusions: ASPS is willing to invite all the possible investors at their testing facility, and asks them to bring their own scientific teams in order to take all the measurements they need to certify that PNN actually works as claimed before investing any money on it. ASPS is also quite demanding about the potential investor, who must prove his trustworthiness.  At this address:

You can found the assessment procedure applied by ASPS that aims to avoid any loss to both counterparts.

Will Laureti win the bet thanks to F242? 2017 is getting closer.. only one thing is for sure: one can not think of violating Newton’s Third and ending up again with Newtonian law of inertia.

Welcome visitor, please share your thoughts. English is better but Italian is accepted. If you want to learn more about ASPS please have a look at the blog menu Cancel reply